Middle market companies with over 169 million employees and $16.6 trillion in sales contribute $11.5 trillion to the world GDP. This was indicated in a recent HSBC report, Hidden Impact: The Vital Role of Mid-Market Enterprises.

In 2014, there were 2,303 mid-market transactions completed in the US market, amounted to USD315.3 billion. Several factors accounted for another good year for transactions including increasing confidence in the well-being of the economy, massive cash on corporate balance sheets, highly liquid securities in private equity funds, all-time low interest rates and well performing equities markets. (Figure 2).  Commercial real estate, oil and gas, software, banks and professional services were the five most active middle market sub-sectors in terms of transaction volume.2 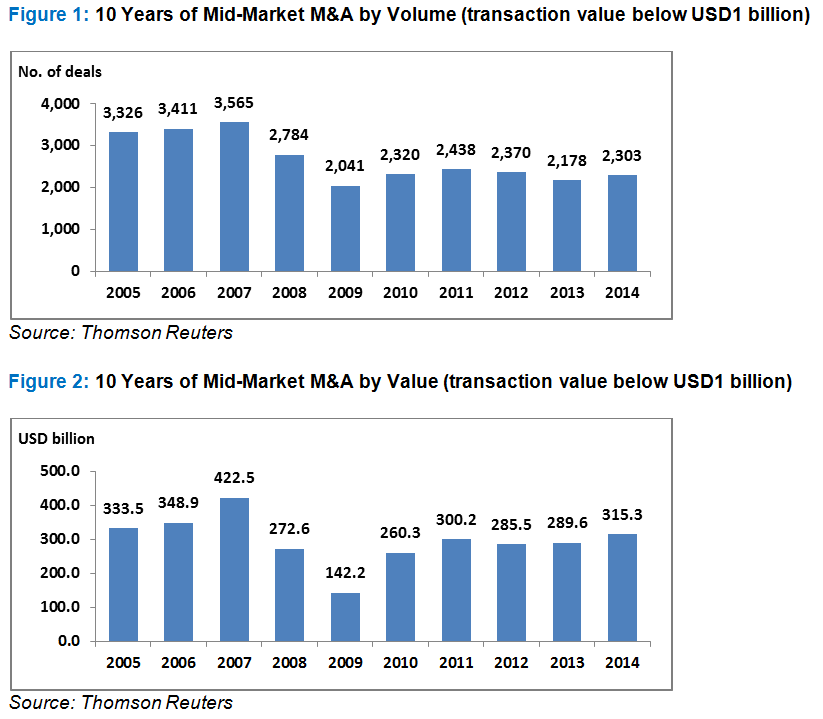 1. U.S. Has Most Middle Market Companies on a Global Comparison, Though Segment Can Be Overlooked. (2015, March 3). HSBC USA

Stratiqa Inc. do not make any warranties about the completeness, reliability and accuracy of this information. Any action you take based upon the information you find in this article, is strictly at your own risk.